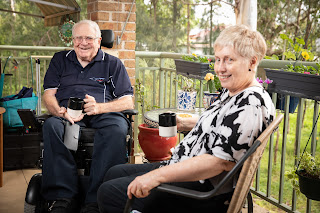 It’s January 1, 2022 and again I have signed up for Amy Johnson Crow’s annual challenge, 52 Ancestors. However, I know what my track record is: never yet have I completed the challenge, requiring 52 posts on set themes.  Whilst the themes are set, the words or phrases can be interpreted however the blogger wants, and each week, Amy reports on how the theme has been used and variety there certainly is.
Many of my University of Tasmania Diploma of Family History Alumni Facebook friends and colleagues as well as many GeneaBloggers from Down Under are keen to join this challenge.

This year to motivate me, I’ve signed up with StickK, a website which describes itself as a behavioural change agent to help someone stick to resolutions.  I can set a goal and sign a contract which should have a financial penalty attached to it. ‘Failure’ money can go to a friend, an enemy, a charity or an anti-charity.  The latter are grouped in pairs, each with an opposing objective.  StickK suggests that subscribers are more likely to meet their goals if an “anti-charity” is chosen.  Once I chose my resolution campaign, I could see the point in that.

For my first chosen campaign, I have set the following parameters:

There is no way I would want a cent of my hard earned money going to support the aims of the National Rifle Association. This is my chosen “anti-charity”.  Far, far too many Americans die or are badly injured by firearms every year and most of my fellow Australian citizens reel in horror when we read of massacres or individuals killed due to the easy access to firearms.  We have more than enough domestic shootings, accidental shootings and the occasional massacre in our own country.
So let’s see how I go with this year’s #52Ancestor challenge and whether StickK helps me kickstart my goal.
I intend to publish my posts on Facebook each week.  This week there will be two posts.

Email ThisBlogThis!Share to TwitterShare to FacebookShare to Pinterest
Labels: #52ancestors