G is for Goodal 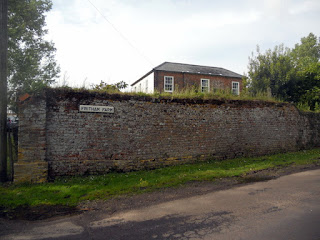 In 1710, William Tucker of the parish of Bramshaw, Hants, living at Fritham drew up a will leaving 15 pounds to his son William and 10 pounds to each of his other children - John, Stephen and Sarah.  His wife was to be the executor of his will.  Probate was granted in 1712.  His wife Mary died in 1724, also leaving legacies to John, Stephen and Sarah and the residue of her estate to oldest son William.

But what was Mary's surname?  Some researchers say Peirce, others say Goodal.  Mary Pierce lived in Minstead, Hampshire but Mary Goodal lived in Allington in Wiltshire.

There are good arguments for both Marys.

The following year, a William Tucker of Bramshaw married a Mary Goodal in Allington, Wiltshire.  This village is near Salisbury.

Mary Goodal's sister Sarah Goodal had married a Thomas Lock of Bramshaw also at Allington the previous year.  The Goodal sisters were daughters of a John Goodal whose father and grandfather - also John - had inherited land at Allington in 1608 from a kinsmen Stephen Cox.  The name Stephen appears in the Goodal family throughout the 17th century.  Mary and William Tucker also had a son called Stephen, and daughters called Mary and Sarah.

Wills of both Thomas Lock and John Tucker both stated that each lived in Fritham which was merely a hamlet.

Could William have married both Mary Pierce and Mary Goodal?  Another researcher raised the possibility that that could be the case.  No record of Mary Pierce's burial can be found, but it is a significant possibility with such high rates of death in childbirth in 1695.  It could well be that Mary Goodal of Allington had been introduced to William Tucker through Thomas Lock's wife Sarah.

In fact, I think it is very likely.