A is for Alderbury Union Workhouse 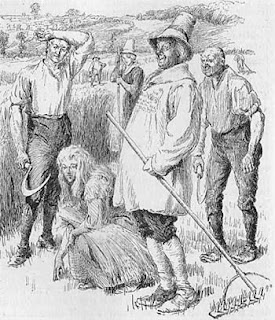 My ancestor George Tucker was lucky enough to survive until age 83 when he passed away at the Alderbury Workhouse in Brixton, Wiltshire in 1886 of 'old age'. However, in most aspects of life, I considered him my unluckiest ancestor. I have more fully described his life as an agricultural labourer in that blog, written in 2011. His wife had passed away in Downton in 1872. Prior to the 1870s, he'd lived on the land at Hamptworth, a rural district between Landford and Downton in Wiltshire on the border of Hampshire and was employed as an agricultural labourer, presumably by freeholders and tenant farmers within the manor of Hamptworth.
By 1871, he lived in the village of Downton where he had many relations and was described as a general labourer.
During the 1850s, both of his sons had left Wiltshire, one to become a coal porter in Southampton, the other to become a fireman in London. So no help was available from them. I do wonder why one of his daughters - Ann Dibden or Mary Bundey- could not have cared for him. They had both married locally, but maybe they could barely look after their own families. Or maybe George was a stubborn old man.
Whatever the cause, he was listed in the 1881 census as an inmate and gardener at the workhouse which covered Downton parishes as well as many others around Salisbury. 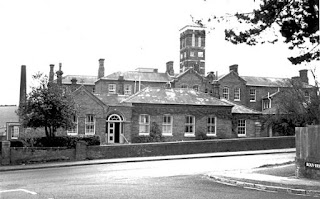 In those days, there were no nursing homes or care homes like there are today. Workhouses became a substitute for people in old age who were frail, infirm or had dementia - a miserable existence.
My Tucker blog concentrates on my Tucker ancestors, my maiden name. My dad came to Sydney in 1925 with his war-widowed mother and his ancestors can be traced back to at least 1642 in Minstead in the New Forest.
Alderbury Union Workhouse has been fully documented by the amazing Peter Higginbotham who has documented the history of many workhouses.
This is my first post for the 2020 A to Z Challenge. My theme is described in my previous post, where I asked for some technical and marketing advice.
Posted by Margaret at April 01, 2020